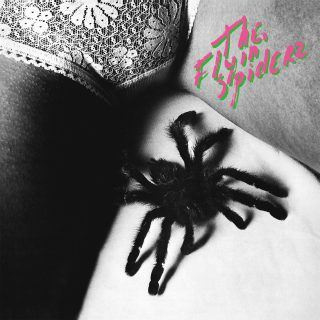 Love Your Local Record Store release
Maximaal 1 per klant
The Flyin ’Spiderz were a Dutch formation formed in 1976 as a rhythm & blues band, closely related to British pub rock. In 1977 the group made the switch to punk. They were the first Dutch punk band to appear on a record. The band members were all talented musicians and happy to take a new direction in the raw energy of the punk. Their debut album was released on EMI in 1977 and became an underground success in the European punk scene. Since then the vinyl album has become a collector’s item for punk collectors all over the world. An often told story is that of a Japanese collector who flew halfway across the world when he heard a mint copy of the album was going to be sold at a record convention in Utrecht, The Netherlands. The album has not been reissued since its original pressing in 1977.The Flyin ’Spiderz is available as a limited edition of 500 individually numbered copies on pink vinyl and the package includes an insert